Why All Freedom-Loving People Should Rejoice

Nigel Farage is a hero. He was a lone voice campaigning against the EU before the EU even existed. He saw the disdain that would come from the top towards everyday, working Brits.  And he was unequivocally correct. “We know better than them how to arrange their lives.” Is the mantra from the elites for decades towards those unwashed souls of ordinary people all over the West.

Credentials matter more than capability.  Connections matter more than competence.  There will always be some of this actually.  Look at all the successful family-owned businesses transitioned to the children who have no ability at all and ruin it.  Happens all the time.

But a free people should never cede responsibility for their own lives to a bureaucratic elite hundreds of miles away. Local is always better for governance.  Now, don’t get me wrong, as one who sat on my town’s Planning Commission many moons ago, I know there are all sorts of little emperors running around in your very neighborhood. Ever attended an HOA meeting?

People LOVE telling other people what to do.

But the issue is you can always move from Town A to Town B, from Neighborhood to Neighborhood to get away from those wanna-be tyrants.  When you’re governed by them, ala Jean-Claude Juncker, via the EU you are stuck.

Where do you move if the FEDERAL GOVERNMENT says you can’t build a bridge over a stream in your backyard because it’s a wetland?  There are so many examples of egregious rules in the U.S. and Europe that come from the top to limit your freedom it’s mind-boggling to even attempt to quantify them. You can start by reading this book “Three Felonies A Day” By Henry SIlvergate and Alan Dershowitz.

Let me quote from their own introduction:

The volume of federal crimes in recent decades has increased well beyond the statute books and into the morass of the Code of Federal Regulations, handing federal prosecutors an additional trove of vague and exceedingly complex and technical prohibitions to stick on their hapless targets. The dangers spelled out in Three Felonies a Day do not apply solely to “white collar criminals,” state and local politicians, and professionals. No social class or profession is safe from this troubling form of social control by the executive branch, and nothing less than the integrity of our constitutional democracy hangs in the balance.”

Of course, Ayn Rand warned us of this exact thing 100 years ago in Atlas Shrugged.

“There’s no way to rule innocent men. The only power any government has is the power to crack down on criminals. Well, when there aren’t enough criminals one makes them.”

Of course, the globalists, in their desire to run every aspect of your life will never readily admit this is their goal.  So, instead they’ll lambaste those who oppose them as racists, xenophobes, white supremacists, reactionary, stupid..

Or they’re claim those who want to retain sovereignty are somehow racists.  That diatribe has been going on for years, it’s not even worth quoting anyone as it’s just so boring.

But the irony of course it’s the LEFT that has been practicing racism for these many years. This is Thomas Edsall writing in the New York Times in 2011:

Now read this… Notice anyone else missing from the equation?

Yes, the white working class is omitted from the strategy…but who else? Well only the largest reliable voting bloc of the left.  They’ve been jettisoned as well, just not as deliberately as the blue collar whites.  In fact, the irony of all irony is that these folks have more in common than do those the Democrats are trying to target.

Watch this skit from Saturday Night Live… It’s a classic “Black Jeopardy” riff. Doug, played by Tom Hanks, appears in his MAGA hat and all hell breaks loose.  But NOT in the way the media elite would have us believe. All hell breaks loose because of the commonality of ole Doug with black folks!  And it’s true.

It’s funny. Just yesterday, I dropped off my Toyota to get the back windshield replaced after I backed into a dumpster. I needed to get a rental to be able to drive for the week or so the shop will have my vehicle. So, a guy from Enterprise picked me up to take me to the Enterprise dealer.

We got to talking a bit and when we drove by a restaurant called “Twisted Taco” I asked him if he ever ate there.  He sung its praises and then said “the best thing about that place is it feeds my family of 5 without spending a ton of money.”

Turns out this guy is married with 3 kids.  He drives for Enterprise.  So, I imagine he’s not making big bucks.  But he’s working, he’s a good guy just doing his thing trying to get by. Oh, and he’s black.

Notice even HE doesn’t fall into any of the categories the Democrat strategists are targeting. Either it’s benign neglect as the Dems have 90% of the black vote locked up (or so they think) or it’s part of the deliberate strategy of writing off ALL working people regardless of race.

I don’t know what it is. But the opportunity is HUGE for the freedom-lovers on the right. Just take a page out of the Trump/Farage/Johnson playbook and push hard for working people and autonomy.  The statists and socialists will accuse you of being XYZ.  Let them throw those accusations all the while you’re building an inclusive society where everyone who is willing to participate can get ahead based on one’s own desire.

If 2020 works out the way 2019 did in the UK, it’s going to be the end of the globalists and rise of the middle class.  When it comes to prosperity it’s the middle class that is always the engine of economic growth.  A growing middle class will thus lead to a growing economy and ultimately growing retirement accounts. 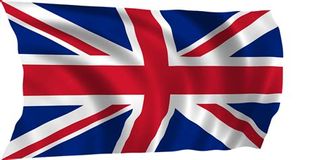