Being from Maine, you can’t help but grow up to love hockey.  It’s ingrained in you.  Even though back when I was a kid, the NHL ranked a distant third behind the NFL, and college football.   But once we got cable TV in the 8th grade and I could watch games it was over.  As there is no intensity like a playoff hockey game that goes into OT.   Doesn’t matter what league, NHL, Minors, college, when a game is in OT, it’s insane.

When I was in the Army in upstate NY a bunch of us would go see St. Lawrence play Clarkson.  It was like being at high school basketball game in the movie Hoosiers. Just intense. I think the arena may have even been made of wood or something. It was a blast.

Then I even went to see the Utica Devils play, I think they may have even played my team the Maine Mariners, if memory serves.  You know who the goalie was??? Marty Brodeur!!!

When we had a bit more cash flow I’d take the entire family to see the Bruins play.  We went to Nashville, Raleigh and Tampa Bay.   I even took my oldest to see the Bruins in the Winter Classic vs. the hated Canadiens in Boston in 2016.  Such a good time.

We thought about taking the whole family again, to see this years Winter Classic at Notre Dame, Boston vs Chicago, a rematch of the 2013 Stanley Cup, which is almost as painful to me as the Patriots losing to the Giants in 2008.   But we’re going to skip it.  Just a bit more than our budget.

If you do any shopping for NHL gear do it through my links below and I receive a referral fee that I can use to buy my OWN Bruins gear. I literally have no idea how much I’d receive but hey doesn’t cost you anymore and I get a crumb too. 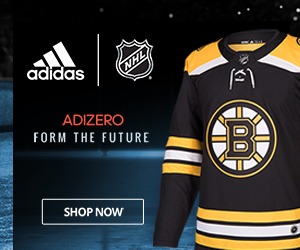 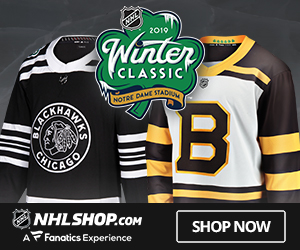